This week the lovely Georgie David Hanna, a 15 year old student from Ivanhoe Grammar School, spent three days doing work experience with us. During her time here she penned this article discussing the objectification and sexualisation of young women in society.

As an Australian teenage girl in 2017, these are some of the messages that teenagers hear almost everyday from parents, teachers and other influential figures. So why is it that so many women throughout Australia and the rest of the world continue to be ruthlessly objectified and sexualised by elements of the media and a society founded on the pillars of misogyny and female oppression?

The mental and physical development of adolescent girls is complex to begin with. Another dimension is added to this delicate, crucial period of development upon the moment we hit puberty, we find ourselves trying to navigate our way to adulthood under the suddenly scathing eyes of society. Politics and the media are other sources which also perpetuate the constant objectification and sexualisation of women; two concepts that have been so deeply woven into the fabric of our society and over the years have tragically become normalised.

There are many examples of the never ending objectification and sexualisation of women in modern day society. The continuous messages throughout the media, ridden with tones of sexism and gender, are rapidly increasing. At the same time, social media sites like Instagram, Facebook and Twitter blast harmful messages into the unknowing minds of young girls on a daily basis. Unfortunately, we cannot directly target and stop these harmful messages partially because sexism is deeply ingrained in our culture but mainly because these negative campaigns make profits.

The other problem is messages from advertising and other media are not black and white. Content isn’t clearly labelled as sexist or not, and our minds are not trained to decode the objectifying messages hidden within grey areas. Without proper education for teenagers, these subtle messages can prove to be quite damaging to the development of adolescent girls, uncritically absorbed and normalised. The result of these factors is that the fear of not fitting in the restricted boxes of ‘normality’ created by society, can lead to our identities becoming more superficial.

To fully grasp the concept of sexism, it’s important to understand the foundation of gender equality and the movement that has taken place before us, allowing us to explore in these issue in the depth we are able to today. A group that were instrumental in lifting this issue off its feet was the suffragettes, who were the original group of women who and fought (and won!) for the right of representation in parliament, ultimately laying down the foundation for equal gender rights.The suffragette movement should never be overlooked because not only did it shape feminism, but their message, determination, and spirit has transcended time and arguably been one of the most influential factors in determining the provision of equal laws, treatment, and rights for all future generations of women. In a time of political havoc it is now more important than ever to uphold the values that the suffragettes imposed and reinforced so bravely.

Despite the efforts of the suffragettes, sometimes in modern day society it feels like we’ve gone backwards. How are young girls supposed to form strong, powerful identities and aspire to greatness, if one of the most powerful and distinguished figures in the world, the President of America, actively condones and admits to sexual assault, and normalises it through dismissing it as “locker room banter”? The fact that someone of such incomprehensible idiocy has any public platform at all really is bewildering. How are young women supposed to learn how to feel comfortable in their own skin, and love every bit of themselves, if they are constantly compared to unrealistic perceptions of women, that are shown so consistently throughout the media, and other prominent outlets, and are uncritically consumed and adopted by society?

The answer is this:

Although these concepts are unbelievably infuriating, as women we must turn this turmoil into opportunity and fight with all our might to smash that glass ceiling once and for all. Be inspired by the resilience and spirit of the suffragettes, the courage and determination of girls like Malala Yousafzai, the wisdom and insight of second wave feminists like Betty Friedan, and uphold the legacy of all women who have paved the way for future generations of girls to gain the utmost out of all the opportunities life has to offer. Always know that even though this is a great feat, if each and every one of us contributes, no matter how small the action, the strength of women will prevail, and we will achieve this final goal!

1. Respect yourself, before you can feel respected by others, you must have respect for yourself.

3. Stand for what you believe in,and don’t let anyone with a negative (Steve Price-like) mentality dismiss your beliefs as invalid or “hysterical.”

4. Voice your opinion boldly, do not let anyone ever shut you down.

5. Don’t be afraid to challenge certain people if they are being disrespectful or offensive.

6. Actively talk about the values of feminism and why they are so important in modern day society.

7. Attend marches and protests that relate to what you are passionate about.

8. Start a blog, or any other creative outlet where you can write about topics you are interested in, state your stance.

9. Invest time and effort in worthwhile organisations such as cataloguemagazine.com.au, bust.com, and many other empowering feminist initiatives.

10. Be the fearless woman you know you are! 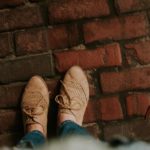 Georgie is a 15 year old student at Ivanhoe Grammar School. Her hobbies include playing netball, football, listening to good music, and hanging out with friends. During her free time you’ll usually find her spending hours upon hours on her phone.